Rewriting rather than ranting or spewing. 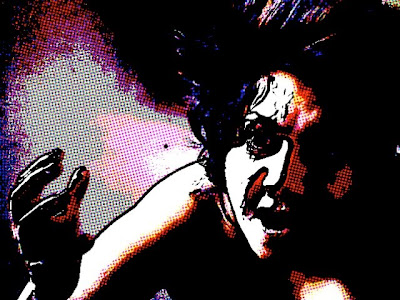 I have written here with out editing and without giving the writing a moment to settle. I have published my blogs as camera veritas, roll em and wrap 'em up! Yet I call myself a writer. I do. (Dare the mocking gallery that lives in the recesses of my mind to gaffaw.) As a writer I know the importance of the rewrite. There in lies another element of grand essentiality: the read. That first read with a moment's distance where in one is visiting a piece as such for the first time. With blog culture, this has not seemed quite important to me.
Yet I realize I miss it. I read what I have written with the few spelling and grammar corrections, or a witticism or two added or extracted for being brilliant or trite; and its just not reflective of what I truly want to say. Because I do not even know often, for sure, what I honestly have to get out about this thing or that until the writing is flowing. Then there is a sense of oooooooooooh, i see where i am going. And so, I go. Its a careening ride often. Sometimes junty. (Look up that word.)
The read, however is where the grand AHA! or AHA!s come. The sneak around in the midst of a paragraph or leap from the form of the whole. "Here's the poetry of this trip. Come now." Then out come the real tools of the writer's trade: the cuts and moves of chunks of text; the blending of metaphors and meters; the underlining or shading back of rhythm and rhyme; the dusting of a final seal of talcum that makes every word sing the same song even as it plays counter to its neighbor. Or any case that is the dream.
So while I am writing this I am remembering my conversation with someone about writing and writer's block and the ridding of this niggling (look up that word) nuisance that plagues us all in various ways and at various times. I wouldn't say I have writer's block per se. Certainly not now as compared to earlier years after the family trauma. Yet, I do have presently a complete inability to write out a movie review that i have written in my head so fully that its become the rock of sysiphus (wikipedia that.) For me to write it is almost become impossible. Still I have not given up hope entirely. In this way writing one thing reminds one of another, usually another ten or so. Then those things emerge to either blend or be given their own titled land, gentry, ha!
There is a great deal of choice with writing and yet there is the definitiveness one needs to block out other voices and other thoughts and follow one or two or three to their final weave.
I used to write long hand. I still do. I would try to enter the long hand writing all into various word files. Ah drudgery (theme emerging.) Now I do less of that and more of dual writing. I let my long hand writing remain on paper and the key boarding remain in files. However I am not working on any of my grand book ideas so its not such a problem. I wonder though. Often. I wander as well, but less and less off point . So perhaps, n'est pas, its for the best to leave long hand rather inform the back room of the writer's brain that keyboards and vice-versa, and prosilically as well, the other way around.
Grand book ideas I have more than a few. Like songs they come to me. Like songs they go too. Not far. Just in the dormitorios or the vacation homes of the writer's brain. Sometimes they don't leave forwarding addresses and forget to check in with the boss, me. That is the problem with their wandering too far from paper or screen. Same goes for the great catch phrases. That is why I want an IPod with a recorder. Well i do have those old fashioned tape machines. But they are old fashioned. would i then be transferring from tape machines to digital voice? AAAAAh. no.
Some one said, and someone else recently reminded her Facebook community of the saying, that writers write to relive. Well sometimes that is joyous and sometimes that is groundhog day. Usually, almost invariable, it comes to a point where a thought of an event or of an emotions being put into a created even to communicate it, or of an imagined event being put into words of an actual scene or what have you, that the convolutions get to that part of an acid trip where you know it cannot last and you have to land the plane safely or you'll lose a great deal of milage advantage points, or some such thing of equal import. That is when the knife cuts and the ink dries or the key are padded upon.
With this blog, and i think with many bloggers, this is where it ends. However, that is just the first regurgitation of the bovine bellies of the writing brain. So sad, to think of the lost versions that are stifled and still born when the writing is left as a rant or a spew.
So, with this essay, I will experiment. This is version one. I will next read and then re-write. I will end with the words: this is version two. Ready? Sleep. Hmmmmm, or publish? I haven't even given it the quick once over. I'm going deep. Here you go.
Posted by poonam srivastava at 7:54 PM No comments: 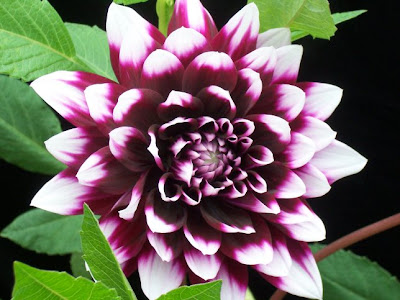 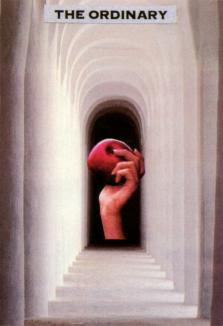 
3. Endless and fleeting,// life the here and now, the then//of the where and when.


5. Ladeedadeeda//money and time got zilch to say//when snow's on the ground.


7. Haiku for all you// of my dreamscape and sweet tea// reality sings!


8. Good morning sweet world// though i know your cruelties /// your music makes me dance.

9a. My love’s not a rose.//My love’s kitchen counter top // chop grate and blend some.


10. Remember the love//like oxygen masks, you first//then there'll be enuf.


13. The roommate choice made // uncertainty exits left // as books are exchanged.


14. put in too much salt; that with the butter and oil; makes a menstrual meal.


15. Haiku, not hatchu//bless you now for you have sinned/// bled content from form.
16.  naked raw riding//feeding my vision's service//many do starve so.
17.  Time for new haiku/ i so ti red son though here// black night gobbles me
18. Spread it, wet it/ / and watch it grow the ad says // Capitalist spring!
19++Shark swims effortless//biting through, cell walls, soul force//i reach for your land.
19+++
If you chose my land// please do not bite, it hurts//you are most            welcome. ((Shams Hamid))
19++++Shams land welcomes me//shark teeth glisten white and red//a butterfly soars.
20. Know haiku power//streaming thoughts to dip toes in//and dive beneath words.
21. Spring feels early // Souls shedding winter like seeds // pink flower opens.
22. Real love knows real pain; Like sisters or strangers caught; Tripping on shadows.
23. Midnight breaks the new day// with night's scent omnipresent// we love what we can.
24. Haiti your tragic wail, is now a familiar sound: a music sold par tout.
25. Is this the real life, or is it just fantasy, caught in a landslide......((Journey))
26. Your heart is willing / yet flesh a fork'ed road / peace lies still in soul.
27.  I feel sick again/ after a moment of well / well, its so much worse!
28.  The earth quakes we tremble / walking from one task to next / a shudder below.
29.  Ma Haiti au soucours/ though we long ignored your cries/ now se tremble terre.
30. haiku master you/ flailing on your beach'ed dreams/ find another glass.
31. Feeling better now/ economic chaos stream// flying past my arch.
32. I am so oh sick. facebook world and vit'min c sick, my ship will soon sink.
33.  Yearn towards a free, where we can there be complete; I yours and still mine.
34. Just check your luggage before we begin this dance cuz i want to fly.
35. Haiku for Haiti, know we love you especially when wind knocks you down.
36. Haiku number two, no particular order, for this cardinal.
37. a haiku for you, facebook friends in facebook flows, feel not restricted.
38. money is my boo; inseperable we two, float our shiney boats.
39. Life rushes rolling, roaring rearing my fondest dreams into deja vu.
40. You will kick my butt, economy criminal,  I will sing my song.
41. Rent long overdue; the mess of economy litters my loving.
42. Early bird hunting: No worm in my morning time; only you, new dawn.
Posted by poonam srivastava at 9:28 PM No comments: