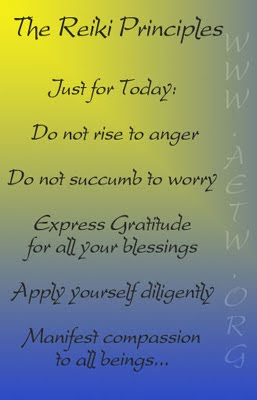 Posted by poonam srivastava at 6:52 PM No comments:

I'm a woman who shaves her face and neck. Susan Musgrave dedicated her poem entitled "You Didn't Fit" to her father and its funny and poignant. I dig that combo, f & p rocking me when i think of it. Finding this poem felt especially meaningful on the week of December 11th.

I wrote "You Didn't Fit" down in my own notebook, savoring the lines as I copied them. Now its gone missing. I got to get it again. well, at least its not my phone that is missing again. Three times this month I've gone to buy twenty dollar phones, that is sixty dollars down the cellular drain. And you cannot even call!

What's missing is my own dad, nearly thirty years. Died December 11, 1980. Pre-ATM, pre INternet, Pre cell phone; pre Operation desert storm; pre pakistan india nuclear testing; pre swine flu. Pre me being such a loud mouthed out dyke with a gaggle of neices and nephews that would have made you smile the sun through your face. I remember that smile as i walked into your office at the univeresity with Taraneh.

As many years of you gone as Jade or Chavisa have merely existed. I myself have lived only a third of my life with you now. That number grows the longer I live. Every anniversary is another that you miss my own. The nineteen years we shared was mostly in a version of me that i can only claim nostalgically.

I would love to have an hour or a day or a week or a year with you now. I guess i would trade that last year. It was a sad year. Three of your girls were away. You had a deeper shadow of sad. The dark circles of your eyes had become the black holes that fascinated you in space. Your logic ration was frittering away in the face of girls growing up, retirement looming, and that ever present itch calling you home to a home you hadn't known for several decades, except as self appointed cultural liason between N.E. Pennsylvania and India.

That thanksgiving I came home from my off campus apartment and begged you not to die. I don't blame you now for not keeping your word even for a month. You were after all half asleep with the book fallen to your side and your glasses slipping down your nose. How did you manage to sleep in all the commotion? You had promised me a car. That I won't let you forget. Especially with the gift of your funny feet, old man sam.....what would i call you now?

There's a line in "You Didn't Fit" that the woman recalls how she once wanted to marry her dad and then left. I remember running away from home and twisting my foot in the parking lot behind the ACME. My dad came in his car, looking for me???, and i couldn't get his attention. I sat there for hours and then hobbled home. I haven't stopped falling. I passed you far on that one. High arches, flat feet and champagne legs. Did you ever even hear of Charcot Marie Tooth?

There is such mystery on your family. And my mother's. Only one conversation in September of the same year, when we rode through the Lincoln tunnel into NYC, long before Disney decimated times square, long before I found my heart and soul in tompkins square park one 3AM morning. You had the tears in your eyes that day. What exactly did you say that day? I could never ask. You are dead. Dead like Susan Musgrave's dad. Like so many dads. None of them as smart and funny and cool as you. But why were you so serious sometimes when really it was supposed to be a party? Like Diwali with George Gulbin. You needed the grown up me. I wonder if you ever realized. I knew. I worried. I clung to the smile. I felt the shadows.

Its way strange when your one true parent becomes myth before you ever become you.

I remember him standing near some big leafed tree he had planted in his younger days in his hometown in India. Dad was visiting me in Delhi and we took a trip together, leaving behind the first woman i ever made love to in the women's hostel of Indraprasth College. We ate mooli with lemon and spice from street vendors. My dad and I loved to eat together. Always outdoing ourselves with number of helpings.

I would like to visit Vandana Shiva with him. Vandana is a physicist too who is concerned with more than the theory of matter. Like dad, her concern for the planet is where she puts a lot of energy. http://en.wikipedia.org/wiki/Vandana_Shiva

I would like to talk to him about being queer and see if he knew any historical/poetic references from that subcontinent/culture he loved so. Maybe we would start a NGO or a 501C3? Maybe we'd have to argue some points? We never shied from our confrontations.

Musgrave says something about how her dad never joined the crass men talk at the office party and she loved him harder. I remember loving my dad harder when he told my principal that my refusing to abandon the kitten i had found on the way to school was a sign of humanity more than a breach of school discipline and when he said "everyone ouch" every time the car pulled into the car port.

Nineteen years with you and thirty years next year with your absence, filling in your side of conversations with all the occult i can muster. No one knew you like I do. Until there was Bevbev who loved me as fierce and complete as you did, I never thought I could carry your memory without that sharp edge of lonely that cut my breath with ice.

Funny how I left Bevbev even so. Had you not died I could have the chance to leave you and visit occasionally with the various women and schemes that have peopled my years.
Posted by poonam srivastava at 10:09 AM No comments:

there is a certain tyranny on me personally when parents don't do their jobs and teach their kids the very basics of manners. its also a bitch on the kids later on I am sure. but for now i will just go forward on how this is personally offensive, frustrating, crazy making.
I was on a bus this kid, cute as they all are in order to keep us all feeding them, maybe four or five years old, with his school bag on his shoulder/back, just takes the candy from this box and drops it on the floor. The mother watches him do this and does nothing. A man who saw the little box fall says "You dropped your pack of gum."
To which, the kid instead of saying thanks, says: "It ain't even gum and its empty."
I say: "That man was trying to help you. You usually say thanks in that case."
The mother finally acts. Her protective hackles up, she spins around and says: "I can take care of this situation, thank you."
"I'm just tired of all the rudeness that is coming from kids who are never told what to do." I say.
"Oh and you would know. You are being very helpful." She says. They get off the bus.
I don't know if i was helpful. I don't care about being helpful. I am so sick of parents acting like everyone in the whole world has to bend over backwards because they decided to procreate and find themselves running around doing the job of four people from day break to sleepy time.
These very people, who have kids, and start up on the biggest shopping sprees of their lives with everything from music lessons to lunchables have allowed for the biggest bill of goods the corporations have ever had the pleasure to devise. They are thoughtlessly sucked into becoming the consumers training program for the next several generations as well. The regular ordinary every day NYC parent works in one place; sends kid(s) to school(s) in other place(s) SOMETIMES OTHER BOROUGHS; then coordinates the rest of the time buying and spending and consuming voraciously.
The alarming effect of this is a sinister withdrawal from any sort of civic involvement. Since it is for the care of the children this withdrawal is lauded as heroic. Parents are thought to be selfless.
There involvement may extend to some committees of schools. (Here we are talking about economically advantaged parents.) Yet no where does the involvement extend further to the socio economical system that has grown so that kids (who once were relatively independent) are now the 24 hour tasks of overworked and exhausted parents who glibly put their young ones in to compete for fewer and fewer "choice" schools, etc.
When such a large portion of a supposed democracy is for all purposed absent in the democratic process the rest of us are also affected.
So, yes, teach your children basic manners or I will comment to them and you. They have to know that they are part of something larger. And so are you, mommies and daddies. Stop your smugness.
Most species on the planet can still self reproduce. Its not a big deal. Its not a big deal for them to know how to say excuse me, please, thank you and have an idea of other people's needs. What i see is less and less of the child's ability to empathize with others. They are the supernovas of their worlds.
This is all relatively a new focus of mine so I'm
Posted by poonam srivastava at 2:46 PM No comments: